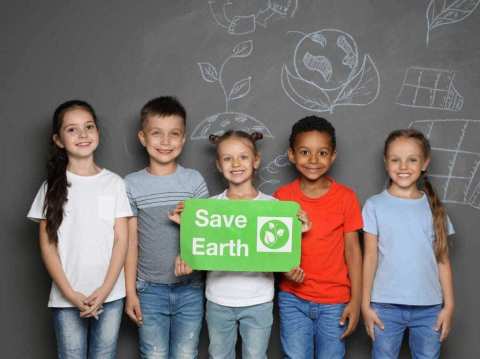 VGS believes that there is a whole culture of waste management that needs to be put in place—from the micro level of the schools and housing to the macro levels of city, state and nation.

Here at VGS, the children do not throw the extra food into dustbins before heading home. Instead, the school collects the extra food and give these food packets to the less privileged.

For every academic term or semester, thousands of new textbooks are being printed, bought and used. Here at VGS we follow E- learning, which promotes sustainable living.

The VGS campus has eco- friendly sanitary napkin vending machines and incinerators installed within the premises of the school.

Venkateshwar Global School follows the COVID-19 SOP very meticulously and all the staff has been trained to ensure that each and every person in the school premises is following Coivd-19 SOP and violation if any may be reported immediately to Floor in charges/Admin Officer/HOS/Principal of the School.